The polyphagous shot hole borer is a recently introduced, non-native beetle that is having a devastating impact on landscapes, forests and agriculture in southern California. This insect pest bores into trees, creating galleries where it feeds and lays eggs. Wood boring insects are known for being destructive to trees as their activity inside the tree disrupts the flow of water and nutrients. The polyphagous shot hole borer is especially damaging because it also introduces a pathogenic fungus that rapidly kills trees.

This pest has dozens of host plants so they are broken down into three categories: 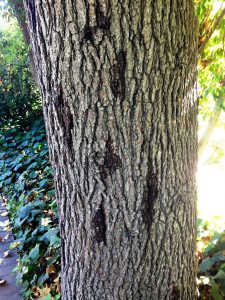 True hosts are plentiful and include many native California trees such as coast, valley, and Englemann oaks, sycamore, big-leaf maple, boxelder and blue palo verde. Non-native true hosts in the same region include several other oak and maple species, avocado, coral tree, camellia, acacia and many others.

Infested trees will have multiple small, round entry holes. These holes are often surrounded by white crust, wet bark, or both.

Since management options for this insect/pathogen combination are still being researched, regular monitoring to identify infestations is currently the best course of action. Trees that are severely infested should be removed. 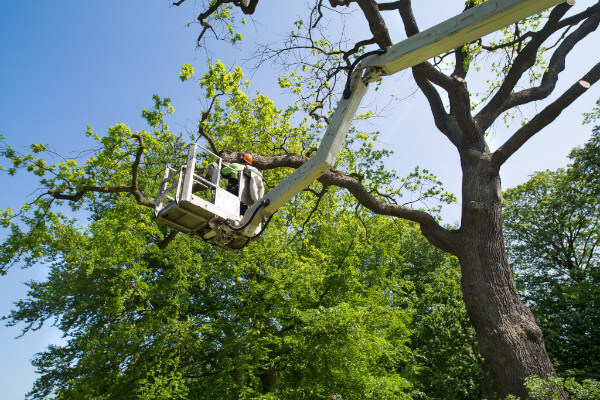 Why Fall is a Smart Time to Prune Trees